Posted by Lyratah
· No Comments 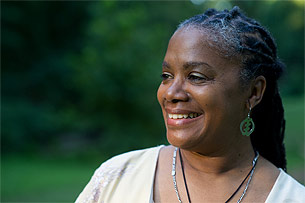 Several recent experiences have brought to light an awareness of an inner need to “fix” things, people, relationships, broken things, someone at a major fork in the road, outlooks. I’ve always had a need to make things okay in the lives of those I care about, as well as those I may not know at all. A savior complex, one might call it.

Early in my childhood, after being told I could not take ballet lessons, I decided healing people and caring for others was a noble career. I wanted to be a nurse and wear that wonderful nurse outfit with the starched white folded cap as they wore in those days. Even though I loved the garb that was not what drew me to this profession; rather what and how they gave that attracted me. The work was honorable and necessary. In caring for others you were giving of self, and you were a part of something bigger than self, and people were healed. This was my first inkling of a desire to fix things, and it has remained for the majority of my life until recently.

I came face to face with my need to fix things most recently when speaking with a friend about his most recent awareness. Over the years we have found ourselves having parallel life lessons while living in different continents. Usually we are not aware that we are going through similar situations until sometime after the events have past, when one can finally put the experience into words. As he shared, I listened and thought to share a point of view from my perspective, thinking it may assist him.

I quickly was made aware that my perspective and opinion had no place in the conversation when he responded by saying; “but what you are saying is not helping me”. “In fact, I am not getting anything from it”.

I swallowed my pride and got quiet wanting to figure out, did I miss something in what he was saying or is there something missing in the conversation. He added, after a lengthy pause, “you know when I tell you these things, I am not telling you for you to say any thing, because the answer is something I need to realize for myself. I am sharing with you because I just want to share and possibly in sharing I will realize it or get closer to it.”

Where had I heard that before?

This was not the first time I heard a comeback like that. It was my teacher who on a few occasions let me know that she did not need me to help her realize anything when in those subtle periods of deep transition. Of course she didn’t, she was the teacher. At the time I was too young, ignorant and haughty, to accept that the statement was designed to let me know that the field of knowing accessible to her was not my territory at the time. It felt like a smack down to me.

From my perspective, sharing was about a give and take, a random sharing of perspectives between two or more people to be able to see things in new ways with the hope of achieving new realizations.

It was a singular event.

I realized my friend, like my teacher, both Gemini’s by the way, relied strongly on their inner guidance, and shunned external assistance when going through a process. It was a singular event and did not include opinions of others.

I was faced in that moment with a choice in my reaction, to understand and be open or to feel rejected and shut down. I have, on more than one occasion experienced major shifts or turning points in the lives of those close to me as a possible loss of friendship. My limited idea of friendship, I now realize, was based on an unspoken agreement, a set of shared viewpoints, likes and dislikes, similar perspectives, that did not take into account that we grow up, change, expand, shift. I have had to learn that friendship requires one to hold space for the other while they go through the necessary metamorphosis required by deep growth and evolution.

My lack of understanding as to the needs of my teacher and friend in those moments of deep transition, were skewed by a fear of losing our mental-emotional-spiritual connection, the shared agreements upon which I felt our friendship was based and through which it had grown over the years.

I was at choice as I listened and navigated this conversation with my friend; unfortunately I chose to keep talking, posing different angles as though he was not hearing me. Perhaps it was the language barrier since English is not his first language. Instead, I created a disconnect and our conversation ended at an impasse. I knew I had to let go and allow him to shift into his next level on his own. I felt I had done him a disservice, that I had not heard him or helped him. It never occurred to me, as hard headed as I sometimes can be, that there was nothing to do but to say, I hear you. I understand.

How am I a fixer?

As a fixer by nature, I was the one who brought out the hammer or the screw driver to fix something, the one who figured out how things worked. I was always the one who could see or hear a weakening in a joint or door hinge and brought out the W-D 40 lubricant, or felt the loosening of tension in something. I fancied at an earlier time in my life whittling things out of wood, being a carpenter or sculpting from clay, perhaps past life accomplishments that I recall.

When very young my father’s voice would fill me with fear as he bellowed my name authoritatively, as he was want to do. Lin-n-D-A-H, his voice always went up at the end of that call as though he was asking a question instead of calling my name. Where is the so an so!? I would put my head down immediately, striding around the rooms in search of what he needed. I was about 6-7 years old. It didn’t matter that I may not know where it was, the goal was to find it. On several occasions I would catch him laughing quietly to himself, throwing glances at my Mom as he watched me scurrying to come up with whatever he needed. My goal was to avoid pain, find it quickly, so he did not feel the need to unleash his belt in one fell swoop from his waist to give a lashing for something we as kids must have done.

Through Mindfulness training I am seeing and shifting…

Through Mindfulness Training I am learning the importance of “allowing things to be just as they are”, watching my internal reactions to exterior and interior stimuli as well as my motivations. In a recent meditation, I was able to see how this need to help “fix” people may come at times from a fear of loss. Fixing things allows me to keep relying on something. Fixing things keeps things working. The status quo is maintained. Patch it up and make it stand even when its nature is to no longer be.

I am learning now to let go and trust, that if something is going to be, it will be. My grasping to hold onto something that is in the process of shifting is not necessary. A door closes only for another to open. By allowing everything to be as it is, I create spaciousness for others to be, for things to shift on their own, and an inner neutrality where I can let go, trusting that what needs to be realized, will , in its own time with no agendas or it won’t and that’s okay too.

Secondly, I have learned that when difficulties arise be still, breathe into it, watch the thoughts the mind creates and the feelings within the emotional body and realize that they are just that. The mind is simply doing its thing, that of being fixated on something, anything. Breathing opens us up, contracting shuts us down, makes us brittle, impermeable. Focusing on the breath allows us to stay open to make clearer decisions through expansiveness rather than operating from mechanical, emotional, stressful mind, often limited and shallow in thinking. In this way we peel away the unnecessary layers of ourselves allowing for greater clarity at every turn, helping one to better fulfill the maxim Know Thyself.

This increased awareness connects us directly with the God within where we are able to build that inner dialogue and grow with true wisdom from the inside out.

Discover the power of silence and the benevolence of living a life of radical acceptance.